Downey Pharmacy has been serving the Northumberland community from its original location since 1874.

The pharmacy was established by the Griffis family and stayed in the family for almost a century, until they decided to sell it in the early 70’s to Mr. Downey. He named it after himself, and the name has remained unchanged until today.

The pharmacy has been owned by HEPP corporation since 2015, which owns 13 pharmacies across Ontario.

We believe that what the people of Northumberland really need is a team that connects with who they are, not just through their home address.

Downey Pharmacy will always be here for you. 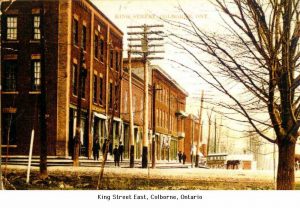 © Downey Pharmacy
Back To Top
×